In Newport Country, Rhode Island, a new and exclusive sporting and country club was founded on the beautiful grounds and location where the Carnegie Abbey Club once stood. The new owners, a small group of previous members from the original club, named the member-owned club: The Aquidneck Club for the Island on which it sits.

Nestled on the shores of Narragansett Bay, the new Aquidneck Club is situated on pristine and historic lands in Portsmouth, Rhode Island. It is the focal point of a beautiful luxury-living community featuring a world-class 18-hole Scottish links golf course, a 41-slip marina, an elegant club house with a dining room, bar, and spa & fitness areas. The spectacular grounds are also home to an Equestrian center with 40 stables, and indoor and outdoor riding rings and a tennis club.

With an already well-established membership and experienced staff back in place, the club has a bright future. New members of The Aquidneck Club will enjoy everything that Carnegie Abbey had to offer and much more going forward.

TR Productions developed the new branding / logo development, a website, brochures and marketing folders, as well as an print advertising and a small PR campaign to announce the beginning of the new club.  Visit aquidneckclub.com 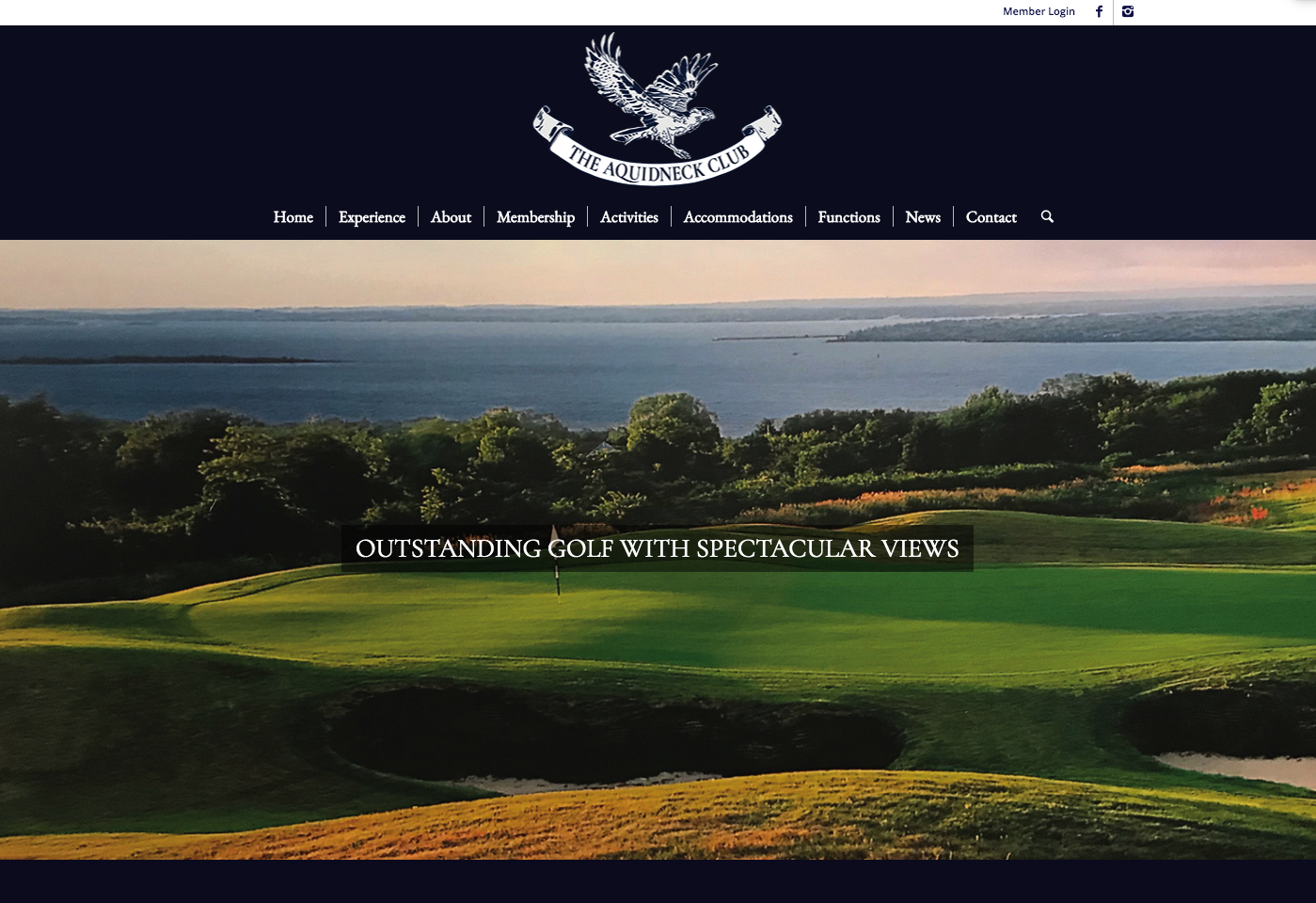